This article reports the experience of the development of a robot dancer during a teaching activity and the prominence obtained by him later in a robotics Tournament culminating with winning the second place in the ITR 2018 (International Tournament of Robots). First is the motivation for building the robotic prototype as evaluative activity to a course of integrated course to high school, as well as the importance of educational Robotics entered the course through this activity. The work deals with the experience of the students during the construction of the robot and the participation in the competition. The robot was built with recyclable materials, a simple hardware and programming if you’re using Arduino technology. In the final considerations is presented the improvement achieved in the educational performance of students involved as well as the awards achieved by the team of students.

Currently search for learning environments more and more dynamic and interactive, are recommended courses models that allow the learners greater contact with technology [1]. To this end, it was proposed in class of Microprocessor Systems from third year electronics technician course integrated into the high school of XXX the construction of robots themed (application) free, since to use as the Arduino microcontroller platform [2]. Among various designs chosen by the students, he obtained the idea of a group of five students to develop a robot, or better, “the girl robot” that could play the popular Brazilian rhythm choreography, funk, through their movements.

The project of students at first did not have any pretense of participation in events, internal or external to the institution, but only meet demand proposed by the teacher of the discipline mentioned.

By means of this activity was possible to observe that the educational robotics has a very important feature that is to offer the learner the option to set up and program your own robotic system, through their comments and your own practice [3], that is, a search for learning and research, these characteristics that favor a really significant learning [4]. 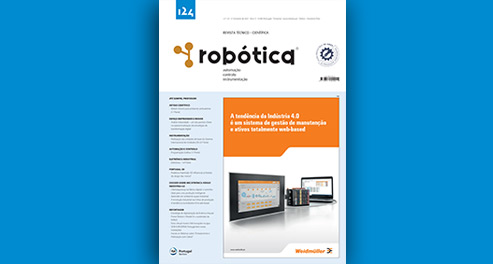