This paper describes a kicking device used in RoboCup middle size league robotic football. In order to kick the ball in robotic football, several devices have been developed by many other teams. Some of these have been raising safety precautions due to its strength. In this work it was developed a magnetic impelled device, which is used as a kicking device. It uses an electric coil, in which a current passes through and attracts a cylindrical iron core. At the other end, a cylindrical shape nylon piece is attached to the metallic core and pushes the ball away. It is a strong kicking device which kicks both horizontally and upwards. It has being developed, used and improved in the last few years and its latest version is described in this paper, which includes its electronic circuit boards. This device can be used in other industrial or servicing applications.

RoboCup is a scientific challenge created to foster research and development in fields like mobile and autonomous robotics, automation, electronics, computer vision and image processing, and other related areas. It consists of a football competition with several different leagues. For those unfamiliar with the RoboCup event, they can read the rules on [1].

On Middle Size league, most teams use a kicking device in order to score goals from a distant position from the goal. The use of a kicking device reduces the number of collisions and increases the chances of scoring goals. Many different techniques and devices have been created by as many teams for this purpose, and this paper describes how this specific kicker works
and has been built.

This team already participated on previous RoboCup editions and has as main goal to develop a robotic football team capable of playing football as comparable as possible to humans. Previous participation’s allowed this team to learn and improve the robots and these are becoming more and more reliable. The kicker has been under development and in the last event it had the facility of controlling the strength of the kick. It proved to be worth, and many goals were score for the pleasure of the public. 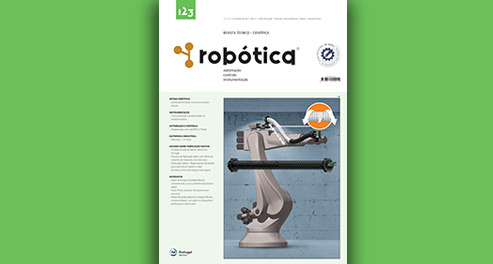