Abstract Robots must be able to adapt their motor behavior to unexpected situations in order to safely move among humans. A necessary step is to be able to predict failures, which result in behavior abnormalities and may cause irrecoverable damage to the robot and its surroundings, i.e. humans. In this paper we build a predictive model of sensor traces that enables early failure detection by means of a skill memory. Speciﬁcally, we propose an architecture based on a biped locomotion solution with improved robustness due to sensory feedback, and extend the concept of Associative Skill Memories (ASM) to periodic movements by introducing several mechanisms into the training workﬂow, such as linear interpolation
and regression into a Dynamical Motion Primitive (DMP) system such that representation becomes time invariant and easily parameterizable. The failure detection mechanism applies statistical tests to determine the optimal operating conditions. Both training and failure testing were conducted on a DARwIn-OP inside a simulation environment to assess and validate the failure detection system proposed. Results show that the system performance in terms of the compromise between sensitivity and speciﬁcity is similar with and without the proposed mechanism, while achieving a signiﬁcant data size reduction due to the periodic approach taken.

Learning is a necessary skill for robots as it is with humans [21], and is still a demanding effort. It comprises an on-going process, and even after grasping the basic motions necessary for a specific movement, there is room for improvement either by trial-and-error or inference from perceptual data and previous experiences. Humans use the latter almost unconciously, constantly predicting their actions’ impact on their surroundings and improving them in order to achieve better outcomes. On robots, however, the use of sensor information is not nearly as automated, and it can be time-consuming to achieve proper parameterization with satisfactory results [20].

Robotic control is a challenging task due to the great number of variables at play in the interaction between a robot and its surroundings. Not being realistically possible to account in advance for all potential disruptive interference sources in the way movement execution, alternative ways to increase movement robustness must be found, either at hardware level (passive adaptation with compliant joints [22]) or at control level (extensive calibration, exploration though vision systems [22]). Popular solutions are often based on a feedback loop that corrects movement plans as needed in response to perceptible changes in the environment [22]. 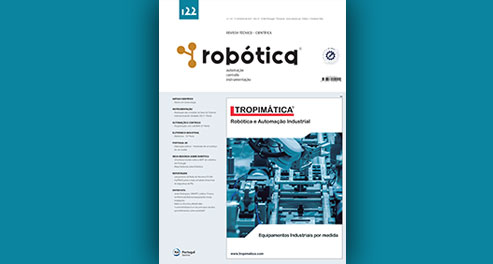